We are excited to announce the sale of the Cabana Motel in Othello, WA.  Brian Resendez, CCIM of SVN | Bluestone & Hockley, represented both Buyer and Seller during the transaction.

The Cabana Motel is a 55 unit non-operational economy motel that was encumbered by bankruptcy. The property consists of 7 buildings located on 2.5 acres and was built in 1965. Othello, WA is less than an hour north of Tri-Cities. The motel lies conveniently near the junction of Highways 24 and 17 and is just 10 minutes from the Columbia National Wildlife Refuge.

*Congratulations to both Seller and Buyer in this successful transaction!*
Testimonials“Brian is a good hotel broker. I am also a realtor and have sold and bought hotels myself. I know this was a smaller and tougher deal than normal, but Brian got it done and he stayed in contact with me the whole time making sure I knew what was going on. I am glad we got this done and want to thank Brian and his team for his work.” – Buyer

We had a non-operational hotel in not-so-great condition in a very small community in Washington State. The property known as the Cabana Motel in Othello, WA was partially converted to a franchise property and had no historical records. It was also part of a bankruptcy case which made the transaction a little more complicated. Brian and his Network of Brokers with SVN helped to coordinate, market and eventually bring an all-cash buyer to the table. The process required judge approval and other hurdles but Brian and his team stuck it through and got the job done. Thank you Brian and Tony and Rob and the team at SVN. – Seller 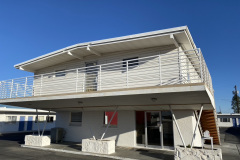 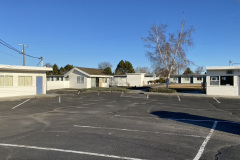 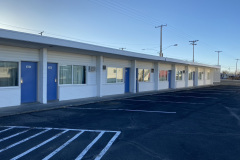 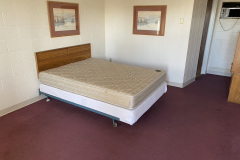 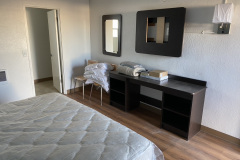 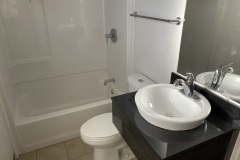 Brian is an outstanding Broker. He is diligent in his service to his clients, and he takes his responsibilities seriously. His connections are very deep in the hospitality industry. Not only does he seem to know everyone, even better, everyone seems to know him. I have won direct business through having Brian introduce me to one of his connections. Now that person is a client our ours as well. Brian is the kind of Broker, and the kind of person, with whom I enjoy doing business.

Brian and Michelle did an outstanding job selling Bonneville Hot Springs Resort for us. We had requested that our property sale be done in a completely confidential manner so it did not interrupt our daily flow of business. They created beautiful collateral that represented our property very well and kept it current and complete. They made themselves available to tour the property for all interested parties in a non-invasive manner so we could continue to do business without neither guests nor staff being aware of the property being for sale. We would recommend Brian Resendez as a superbly competent realtor to anyone interested in selling their commercial property.

My experience with Brian Resendez was nothing short of professional. We had a challenging year long transaction and he completely kept me and the process on track and got us all to the finish line. Brian was always a wealth of information above and beyond what was expected.  Thank you Brian!

I appreciate your service, continued support and marketing effort that you have made on the Redwood Hotel project in Grants Pass, OR. The brochure and marketing information that you have compiled for this property is excellent. I look forward to extending our business relationship.

We had a vision for our next adventure in hotel ownership and it needed the right person to guide us in acquiring a property that would make our dreams come true. Brian made that happen for us. Brian was a great listener and helped negotiate a sale that was a fit for our unique needs. Brian was responsive and kind – we felt like we were always his top priority!

Our experience with Brian Resendez from SVN Hotels was excellent. Brian not only went the extra mile to make sure we got this deal done, he also gave us honest advice. The process from start to finish was one of the smoothest experiences we have had with an acquisition. I hope to have the opportunity work with Brian and his team on future deals.

After researching and interviewing several leading NW hospitality brokers, it was very clear to us that Brian Resendez was the best choice.  Marketing a partial interest in a unique hospitality property presented an unusually challenging situation for any veteran broker.  Brian’s experience, creativity, hard work, patience and personal care led to a successful outcome for all parties.  We highly recommend Brian Resendez and his capable team.

Very difficult deal – estate (foreign beneficiary) and three buyers. Best way to describe it is:  “Maze”. But we made it. Brian was instrumental in bringing it together.

It was a great pleasure and experience to work with Brian for our very first property purchase. At times negotiations with the sellers were challenging, but we always found Brian to be super-responsive, professional, and helpful. His office was prompt to communicate with sellers, follow-up with third parties, put together additional documentation, or dig up information. Anything that was needed to keep the ball rolling- Brian and Michelle were on it.

We highly recommend their service, and it will be a pleasure for us to work with Brian and his team when we get our next opportunity.